For the love of his country and pride of his heritage, a man finds himself in an unlikely and impossible predicament. Torn between right and wrong, he must make a choice which leads to the ultimate sacrifice.

Based on real people, real places, myths, rumors, and the mystery that surrounded one of the deepest and saddest events in American History.  Fallen heroes, brave soldiers, and committed statesmen lost much to the American Civil War. This story, never before told, commemorates The Gamble Plantation, one of Florida’s most southern plantations where one of the most significant architects of the Confederacy made his escape. 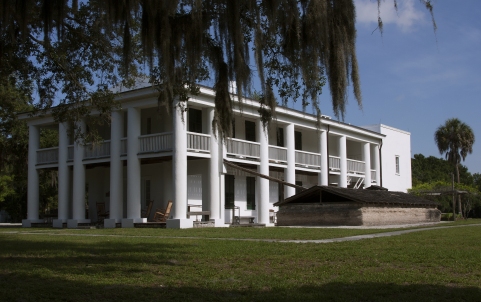 Jefferson Davis’s most trusted adviser, Judah P. Benjamin, was the only Confederate cabinet member to escape capture, prosecution and conviction. Little is known of this man’s true story until today. The Gamble: Lost Treasures conveys what is factually known about the Statesman’s desperate flight from prosecution as a traitor and possible link to the assassination of Abraham Lincoln. It has also been speculated that Benjamin may be one of only a few people who knew the actual location of the Confederate Treasury which was never recovered.

After more than two years in the writing and development, we would like to thank the many historical contributors that supported the facts behind this story.

NOTE: This book is dedicated to the many fallen soldiers, both North and South for a cause which stains our history with blood.  The authors do not celebrate the cause of the war. We consider Abraham Lincoln one of our most respected and revered presidents.  We are grateful for his contribution to our country. We are southerners, born of Virginia heritage and have lived in the south all of our lives, but we do not tolerate any organization or individual that advocates the overthrow of the United States of America, or who chooses to discriminate FOR ANY REASON against our fellow man.

Copyright 2019 by Troy Abell and Kelly Abell.  All Rights Reserved